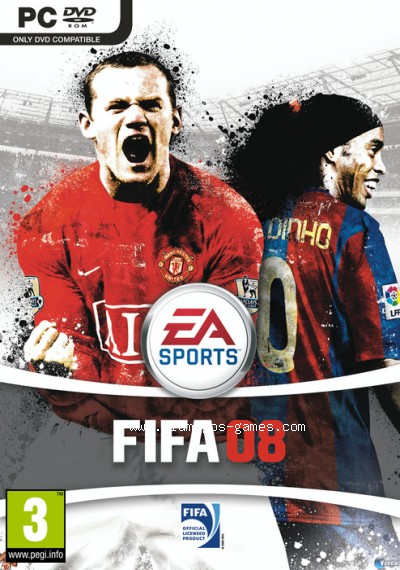 Download FIFA 08 is now easier with this page, where you have the official version of servers Elamigos like DDownload, RapidGator, Googledrive, and torrent, download it now and get the updated game until last version.
There are many changes made to this version of the game. Among the most important are an improved defensive and goalkeeper AI, a new system of passes to the hole and crosses, the simplicity of changing between players during the defensive situation by moving the second lever, the possibility of creating formations and the new "Be a Pro". As for the improved artificial intelligence of the machine, it can be said that it is called a "threat system" (it is not the same as the next-gen), in which each defender is constantly checking the movements of the attackers, which makes it more difficult to give the passes you want. In addition to this, it is noted that the defenders try to steal the ball more aggressively.